The French-Canadian Chef in Town at Radisson Blu

I don’t know if it was just me, or, since the mid of  last year, the French had came over to Cebu or was it because I had my encounters with the French citizens who loved to be in Cebu and Oh la la,French(y) everywhere. Pardon my unsolicited information, but, I was labeled as a “French girl” in my University because I had this French Hat (Beret) when it’s a rainy season. Too bad, I lost it! As much as I dreamed of Paris, in the movies of Meg Ryan in French Kiss(1995)  and Audrey Hepburn’s Sabrina(1954) to name a few.In Sabrina, my favorite scene (aside from the romantic scene) is when Audrey Hepburn’s character is learning how to be a culinary expert by skillfully breaking the egg.I just can’t help laughing. I just forgot to ask Chef Frederic­­ –the addition to Radisson Blu Hotel Cebu’s Renowned Culinary Team as their Executive Chef.

“It’s like painting a picture, you have to imagine, put a dash o f color and spice to everything you put to the table” Chef Frederic

Maybe that was old school as the movie was in 1954,I am not even born at that time.I,then,silently muse to myself that French men, regardless they are of different lineage,  they are naturally charming as they are in the top 5 of the nationalities with “Hot” men .I saw it somewhere in the web. Go Figure. Apart from that, they are naturally a good cook! Radisson Blu having this man of talent had proven his worth as he presented to us his specialty for the Chef’s Table. Read more about it on this link :Chef’s Table. Here’s a brief info about Chef Frederic.

Chef Frederic Cyr is a French-Canadian born in Québec started his cooking profession at the age of twelve in his father’s restaurant. He took inspiration from his father, Renaud Cyr, who was a landmark chef and a pioneer of farm-to-table cooking which gained popularity in Canada. He further honed his culinary expertise by working in international cruises an d five-star hotels as Executive Chef at La Compagnie Du Ponant, umv L’Austral, Orion Expedition Cruise, and Silver wind of Silver Sea Cruise as well as Spa Eastman, Thomas Henkelmann, Hilton Worldwide and Sofitel in Montreal and Manila to name a few.

Anywhere he goes, he checks out the fresh produce from the local market and is fascinated by his local finds. “It’s like painting a picture, you have to imagine, put a dash o f color and spice to everything you put to the table” says Chef Frederic. “Exciting things are being planned for the restaurant and I envision Feria to have a burst of flavors and new offerings to include Feria Studio where local diners can take out cakes, pastries and our famous homemade ice cream.” See more of Chef Frederic infectious enthusiasm in the kitchen coming soon at Radisson Blu Hotel Cebu. (PR)

visit our website at www.radissonblu.com/hotel-cebu for the best online deals. 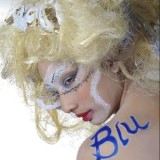