Zee Lifestyle provides the perfect reason to clean out the closet and make room for chic purchases at a fraction of the price with Zee Fashion Finds, a designer bazaar that proves charity is chic. On September 5-7, the Rizal Library Ballroom will become a treasure trove of Kate Spade and Prada handbags, evening gowns from Inno Sotto and Cary Santiago, and other brands to be sold at great prices.

Fashion Finds is a part of Zee Fashion Forward, a four-day affair that celebrates style and fashion with activities such as Martinis & Movies and Pearl Talks, and culminating with a show from Dubai-based fashion designer Furne One.

Zee Lifestyle Magazine orchestrates a fashionable homecoming for Furne One, a Dubai- based fashion designer who is one of the most anticipated personalities in the industry. As a grand finale to Zee Fashion Forward, Furne One Finally transforms the Rizal Library Ballroom into a couture runway on September 7, showcasing the designer’s dramatic and intricate pieces in Furne’s first show in Cebu.

“Furne One is a Cebuano who is making waves in the global fashion scene. There’s no doubt that he is Cebu’s and the country’s pride,” says Melo Eguerra, the guest editor for Zee Lifestyle’s fashion issue this year. “His haute couture creations are not only worn by royalty in the Middle East, but also by international celebrities like Heidi Klum, Nicki Minaj and Katy Perry, to name a few. His Dubai-based label Amato is synonymous to decadence and grandeur that elevates fashion into art. And Furne has never had a gala show in his hometown since he left Cebu and conquered the world, so it’s about time we did this!”

Furne won over the European market with his multiple appearances on Germany’s Next Top Model with Heidi Klum, and has moved on to Hollywood with a clientele like those mentioned above, as well as Jennifer Lopez, Shakira and Nicole Scherzinger who chose his dresses for their red carpet and stage performances. His extravagant pieces have also found their way on music videos and stylized fashion editorials, like a glittering bridal gown he created for Swarovski’s limited edition book Unbridaled. And with such an outstanding track record, the plans of opening Furne’s first US store in Los Angeles will only catapult him further into international recognition. Cebuanos can at last see the world-class designer’s creations for themselves at Furne One Finally to appreciate the excellent craftsmanship and fine details. Besides Furne’s exquisite frocks, models will also be walking the runway wearing pieces from Jewelmer.

“Furne One’s show will be a celebration of Cebu creativity and talent,” says Melo. “Cebuanos can expect only the best from Furne One. His collection will definitely inspire the audience to dream bigger and aspire to lead an extraordinary life.” A limited number of tickets are available for sale at P5,000, which includes cocktails prior to the show, and post-show drinks courtesy of Grey Goose.

Kristine Roa has been blogging since 2007. Her first blog was Stylecebu.com until she moved and produced TheStylecebu.com. She has been a writer at the Freeman Lifestyle Cebu, Philippine Star and Zee Lifestyle Magazine. To contact author, email [email protected] Follow Kristine Roa in Twitter, Facebook and Instagram.
View all posts by Kristine Gianna Roa →

The Art of Drum Tao in Cebu Ticket Giveaway

Need to find something fast?

The StyleCebu will update you on Cebu Fashion, Cebu lifestyle, Cebu events, health and beauty and shopping in Cebu! The StyleCebu is managed and owned by Cebu lifestyle writer and blogger Kristine Roa of TheGlamarazzi.com and Vanessa Roa, Lifestyle Brand Manager. This is their board of awesome. For inquiries, email [email protected] and collaborations to [email protected] The Stylecebu Blog is formerly the Instylecebu Blog.

WHERE TO SHOP IN CEBU 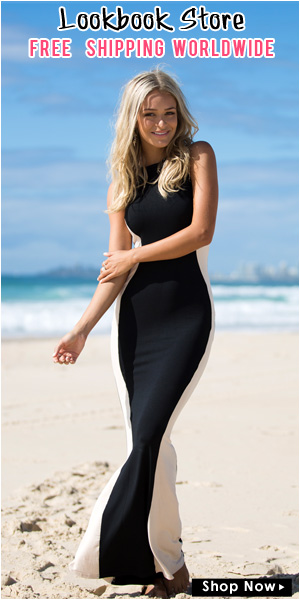